Genetic codons have degeneracy, that is, an amino acid can be encoded by more than one triplet codon. Using the degeneracy of genetic code can not only maintain the diversity of amino acid sequences, but also reduce the redundancy of codons and improve screening efficiency. 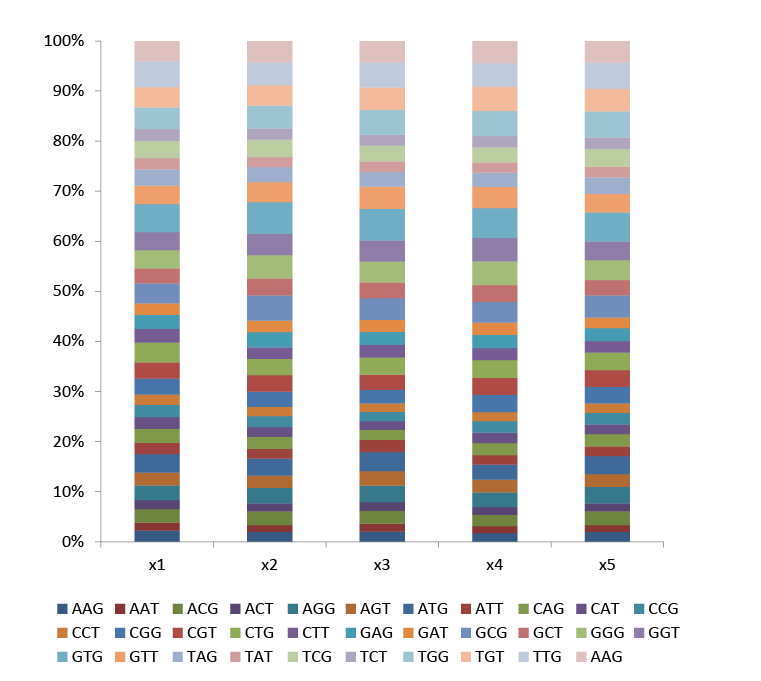 Fig.1 The proportion of each codon contained in the five NNK sites in the NNK library

Primers synthesized with a single nucleotide will inevitably produce redundant mutations and termination codons at the mutation site. The trimer phosphoramidites formed by connecting the three nucleotides in a fixed order can correspond to a single amino acid. It can not only introduce the mixture of all 20 amino acids at any position of the mutated sequence, but also avoids the problems of codon offset, frame shift mutation, and controlling the incorporation of termination codons.

Precise variant libraries designed with the trimer mixture as the element, also known as trimer libraries, can ensure that the amino acids at the mutation site are composed according to the designed ratio to meet the amino acid diversity and codon preference of the specific site. Trimer libraries are an efficient solution for complex libraries and can further improve the accuracy of library screening. 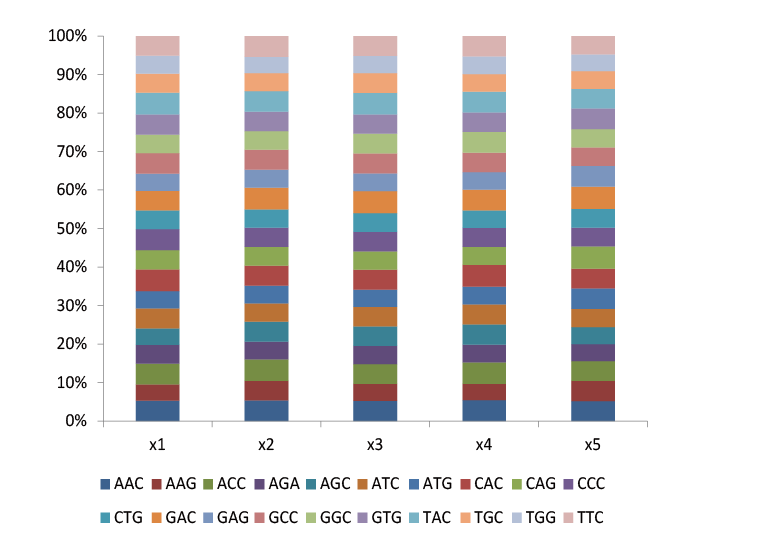 Fig.1 Trimer libraries are also a saturated mutation library with equal proportion distribution of each amino acid. The proportion of each codon contained in the five sites. 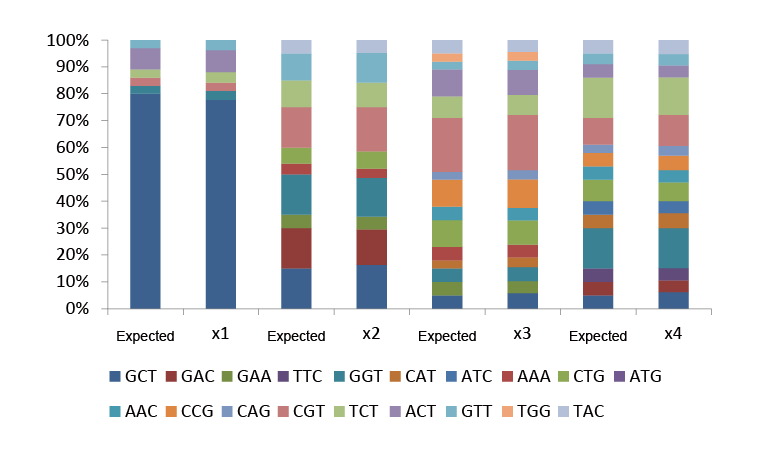 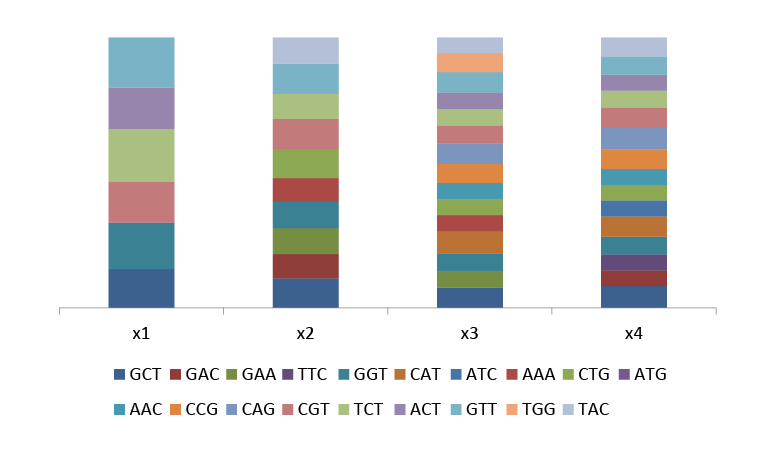 Fig.3 Ratio between actual and theoretical proportion of each amino acid