The transfection of plasmids into mammalian cells directly incorporates genetic material into the genome to form a stable transfection. Stable transfection is used to create cell populations that will continue to express the genetic characteristics of the foreign material and then pass it on to the offspring. In order to achieve stable transfection, there should be selective pressure to force cells to integrate plasmid DNA into the genome.
Reporter genes are usually used to easily monitor the transfection efficiency and expression levels in cells. Synbio Technologies provides a variety of reporter gene expression vectors to meet the screening needs of different cell lines and efficiently screen expression according to cell-specific screening conditions. 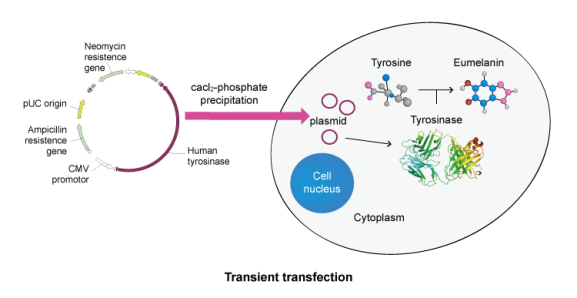 The promoters of mammalian expression vectors also have different applicable objects.
The most commonly used promoters are listed below: